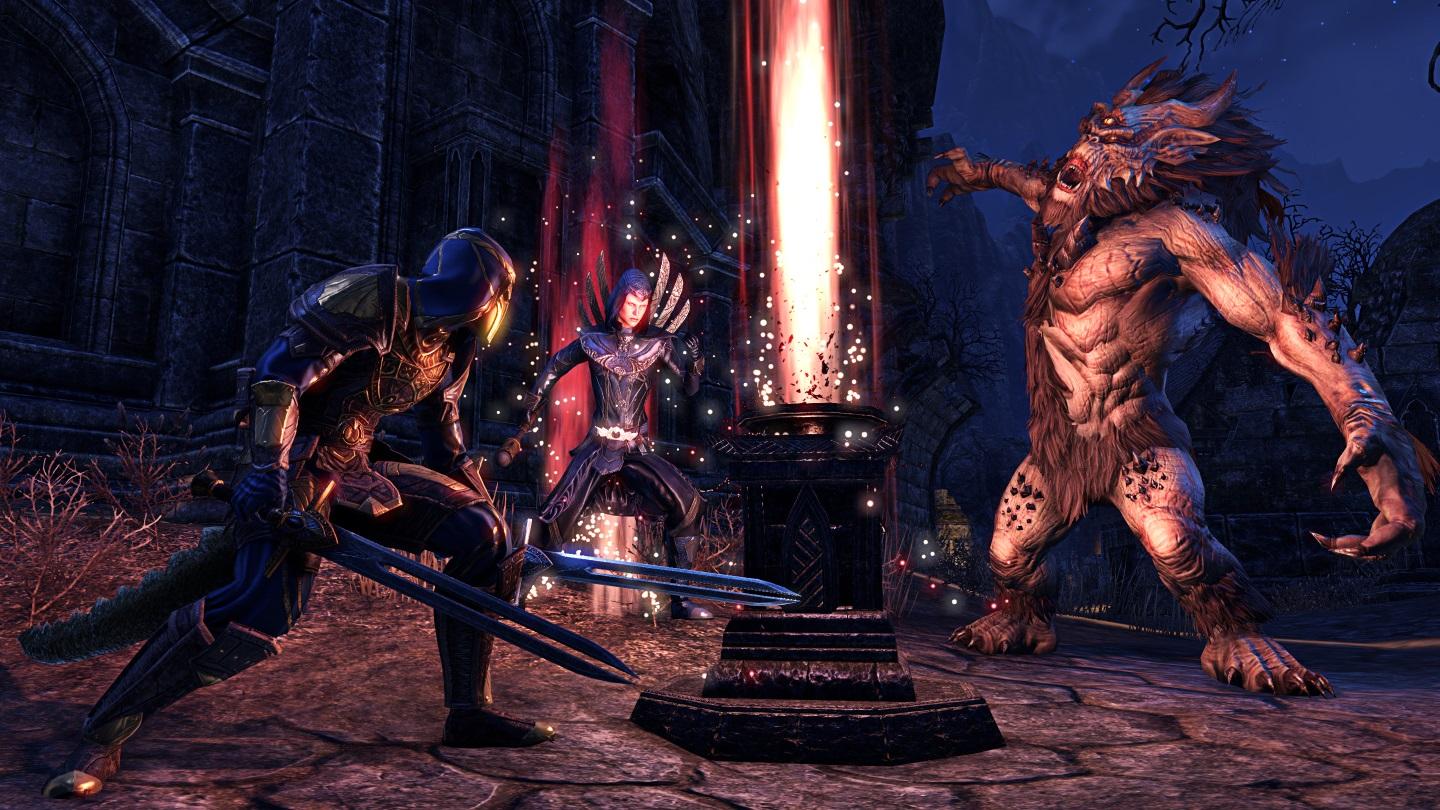 In this blog entry they detail how some mechanical changes to ESO combat are intended to make both solo and group combat more tactically focused through three sets of changes:

The anticipated changes to synergies include providing increased visibility into synergy opportunities by rendering an illumination light source for players. Additionally, synergies will now fire immediately when activated bypassing any cooldowns which otherwise affect the player's ability to act.

This change was previously announced (and long overdue). I wrote about the significant downsides of AoE caps all the way back in 2014, enumerating the reasons why I felt such limitations were damaging for PvP. Specifically, I claimed at the time:

This will greatly increase the "safety of the zerg", further promoting zerging as the default tactic in PvP.

This time around, ZeniMax have removed AoE caps from abilities, saying:

In Cyrodiil, we want to encourage a wide variety of strategy and tactics, and this includes the way large groups move together. Over time, we've tried to encourage groups to spread out more and stack up less with various additions [...] but we still weren't seeing the changes we wanted.

I realize that nobody likes someone who says "I told you so", but a significant portion of the player community clearly expressed that the initial choice to add AoE caps was a fundamental design defect 4 years ago. I'm personally glad the issue has been corrected, but saddened that it deprived us of 4 years of prime Cyrodiil experience in the absence of this poor design.

Another significant change planned for Update 17 involves reductions to the cost of block and improvements to the effectiveness of block cost reduction enchants. This will reduce the previously enormous disparity between players who specialize in blocking and those who do not. This change will enable characters who do not specialize in block to perform far more active blocking in combat and may lead to interesting challenges for existing balance of both PvE and PvP content. 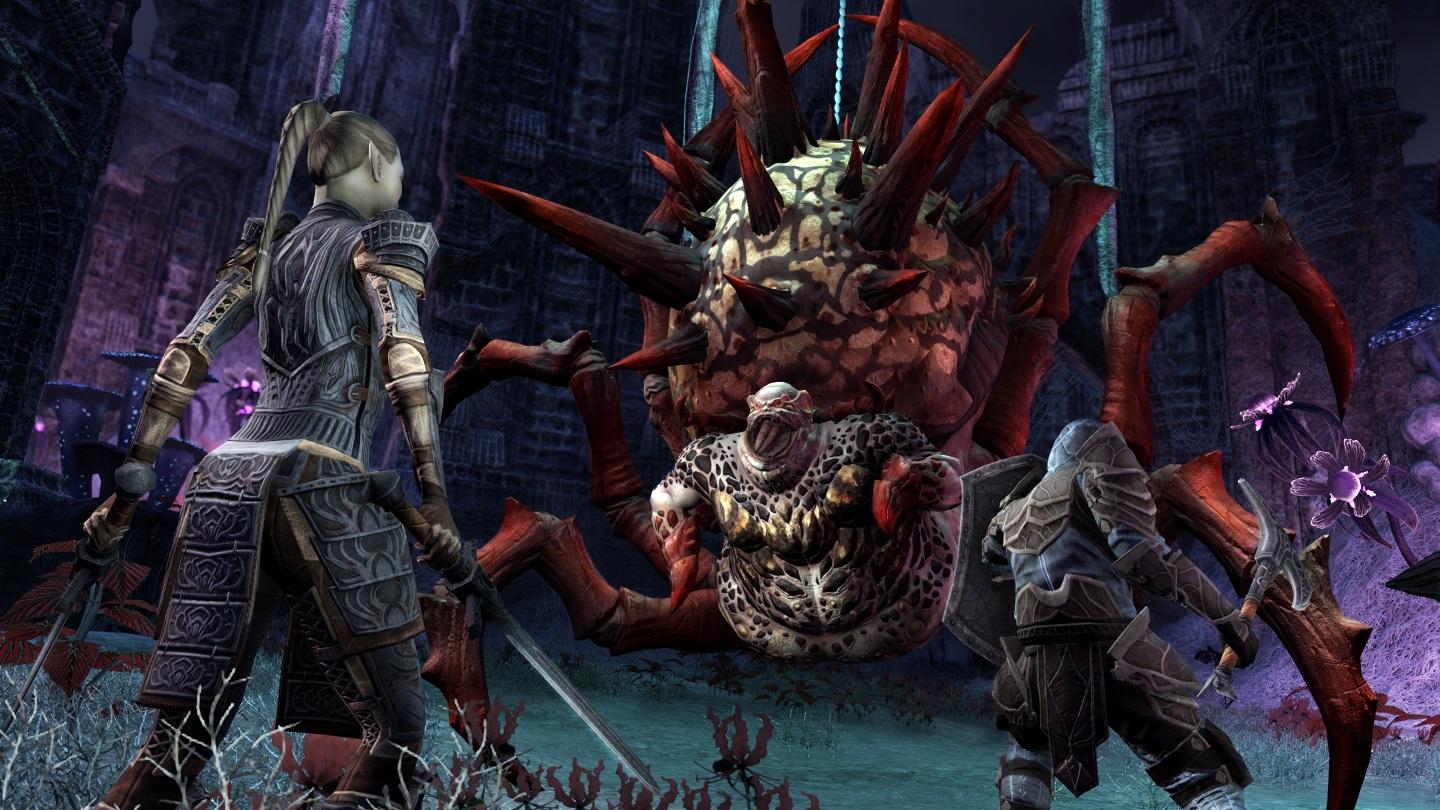 These changes to ESO combat should lead to new strategies and evolve the PvP meta.

With Update 17, we've reduced the severity of the movement speed penalty when using an ability with a cast time to allow you to maneuver more during a fight. This better supports the quick pace of battle if you like to use these abilities. However, when you cast these abilities, you'll also now have a red telegraph indicating that you can be interrupted by your opponent(s). If your ability is interrupted, you can't cast that same ability until after a short cooldown. But don't worry, you'll get your opportunity to try again.

I personally found this to be a very surprising change, because it seems as if this tweak is helpful to players who get interrupted and detrimental to players who are successful in interrupting. This pivot of overall balance seems antithetical to the stated objectives of the Update 17 enhancement to make combat more tactical. It will be interesting to see what player feedback emerges from seeing this in action, but it's not clear from a design perspective that it makes sense to give players a free cast simply because they were previously interrupted.

Lastly, ZeniMax has increased the resource return from successfully landing a heavy attack against an off-balance opponent, as well as making standard heavy attacks faster to execute. To counter the improved effectiveness of exploiting the off-balance status, bosses are now immune to the mechanic for a short time after recovering.

To learn more about the proposed changes, be sure to check out the full article on the ESO website. What do you think about these combat and balance changes? What strikes you as the most impactful change? Please share your thoughts in the comments!