Before I begin I stole the entire format from Yolo Wizard.  Infact, a lot of it will go unchanged because it's that good.  I have no shame.

For those of you who know who I am, you know that I have been building and playing around with this toon for the better part of one year.  For those of you that don't, I'm from a reservation in Alabama and that pretty much explains everything.  I've always been ecstatic about hybrid builds, but have felt and experienced for a long time that they were neither functional nor viable much less competitive.  Well today I finally ironed out a vast majority of the rotation and skill errors I was making and did way beyond my expectations and I would like to share this build with all of you!

My character is Nord, but the BIS race without a question is Dark Elf due entirely to the stam/mag stat gain and additional elemental damage passives.  Argonians would be a strong second because of their inordinately strong resource regeneration with their potion passives which assist the hybrids off stat management greatly.

I have 30 points into Magicka and 34 points into stamina in order for me to best reach the 60/40 stam to magicka ratio that my parses show.  This will change dependent upon your race.

CP distribution is based on sources of damage, and the percentage of damage they cause towards monsters.

The Warrior (depends on what you are doing) 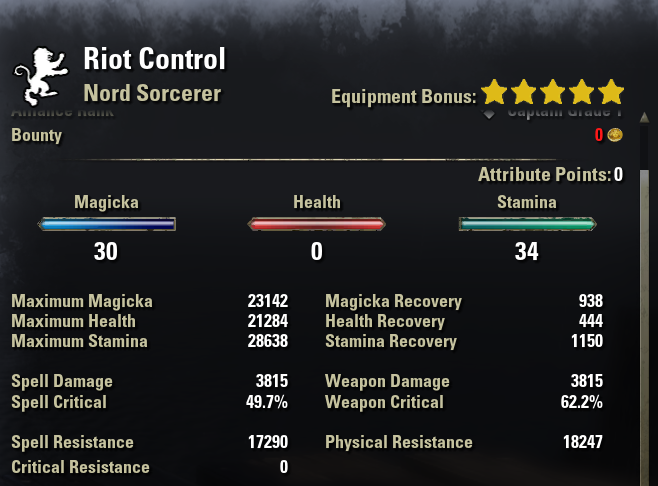 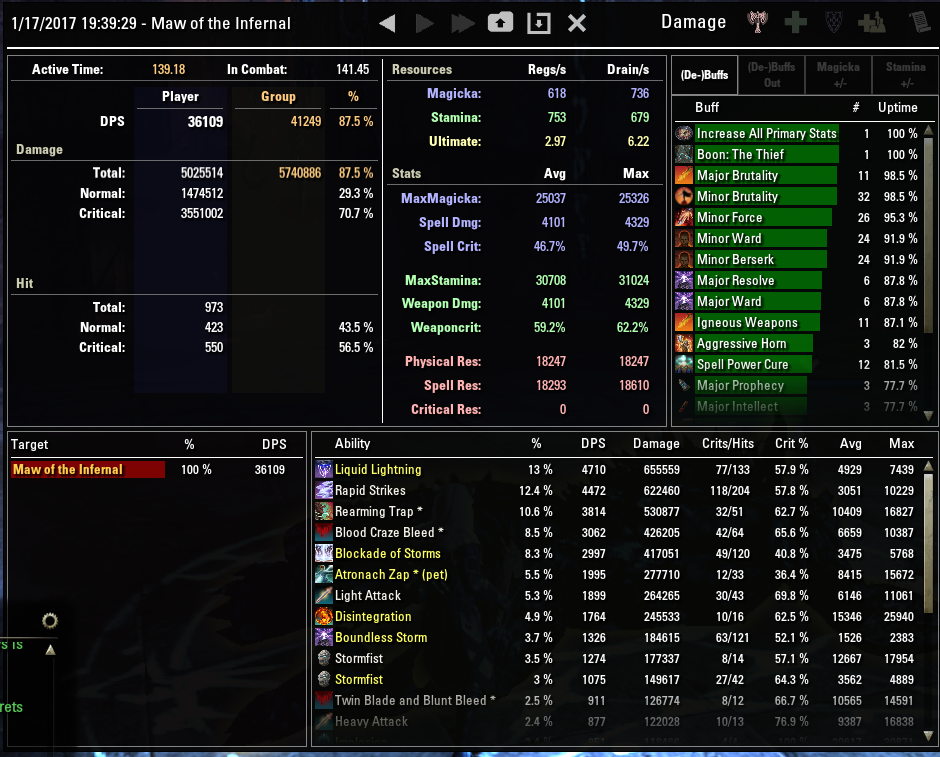 You will be using Essence of Spell Power potions.  Our magicka consumption is extraordinarily high since we are in medium armor.  Also, due to the limited amount of slots we have, there is no room for inner light and we thus have no other method of gaining Major Prophecy as a sorcerer.

Make sure to have 1 piece Heavy and 1 piece light for benefit from the Undaunted Mettle passive which will increase your max stats by 6%.  There is no excuse to be anything but 5/1/1, hybrids need stats (lots of them) and 5 Medium 1 Light 1 heavy assists that best. What you will need is:

Currently Sharpened wins over Precise in most cases, however I haven’t got the chance to test Precise in a good support group. Will do that some time.

why lightning over inferno staff?

Again, this comes down to two issues.  We are starved for raid buffs and do not have the skill slots for a reliable AOE spammable, so what better way than to just slot bound armaments and hold LMB?!

As for rotation it is as following:

IN CASE YOU ARE FIGHTING A BOSS THAT SPAWNS MORE THAN 2 ADDS OCCASIONALLY YOU CAN KEEP YOUR DOTS UP (BLOCKADE AND LIQUID) AND HEAVY ATTCK WITH LIGHTNING STAFF. THE SPLASH DAMAGE FROM IT WILL BE ENOUGH TO DEAL WITH THEM.