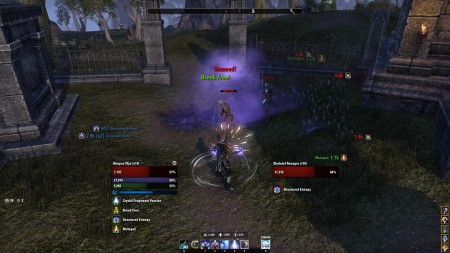 Hey ESO friends, I'm really excited to reach the conclusion of a big development effort to update and evolve the Foundry Tactical Combat addon, enabling it to continue serving as an excellent and comprehensive combat interface for The Elder Scrolls Online. It's been quite a while since the last major update for FTC, and I'd like to start by thanking everyone for their support and patience. I'm really excited with the changes that I have made, and I hope that you give the new FTC a try.

This new version features extensive functional and aesthetic overhauling of existing FTC components as well as the addition of several new and much requested features. Some of the key highlights of this new release include redesigned scrolling combat text, more accurate buff tracking, small group and large group frames, a revamped damage report, and countless new aesthetic customization options!