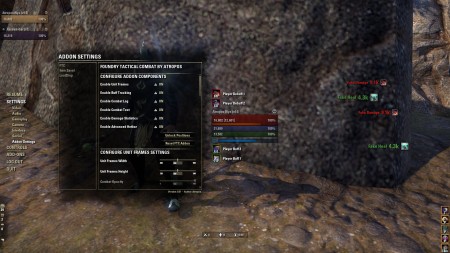 Hey folks, I have released an ESO 2.3 Thieves Guild update for Foundry Tactical Combat. This update primarily serves to add compatibility with the new API version but also fixes a few minor bugs in the existing addon. I apologize that updates to the FTC addon have not been more frequent. I do, however, see a bright future for the FTC addon. I am thrilled to announce that I have added Philgo68 as a collaborator on the FTC project. Philgo is the developer behind the brilliant Master Merchant addon and I am very excited to work with him to continue improving and updating FTC. We will be sharing a joint roadmap for continued improvement of the FTC addon in the coming weeks and we both thank you for your support!