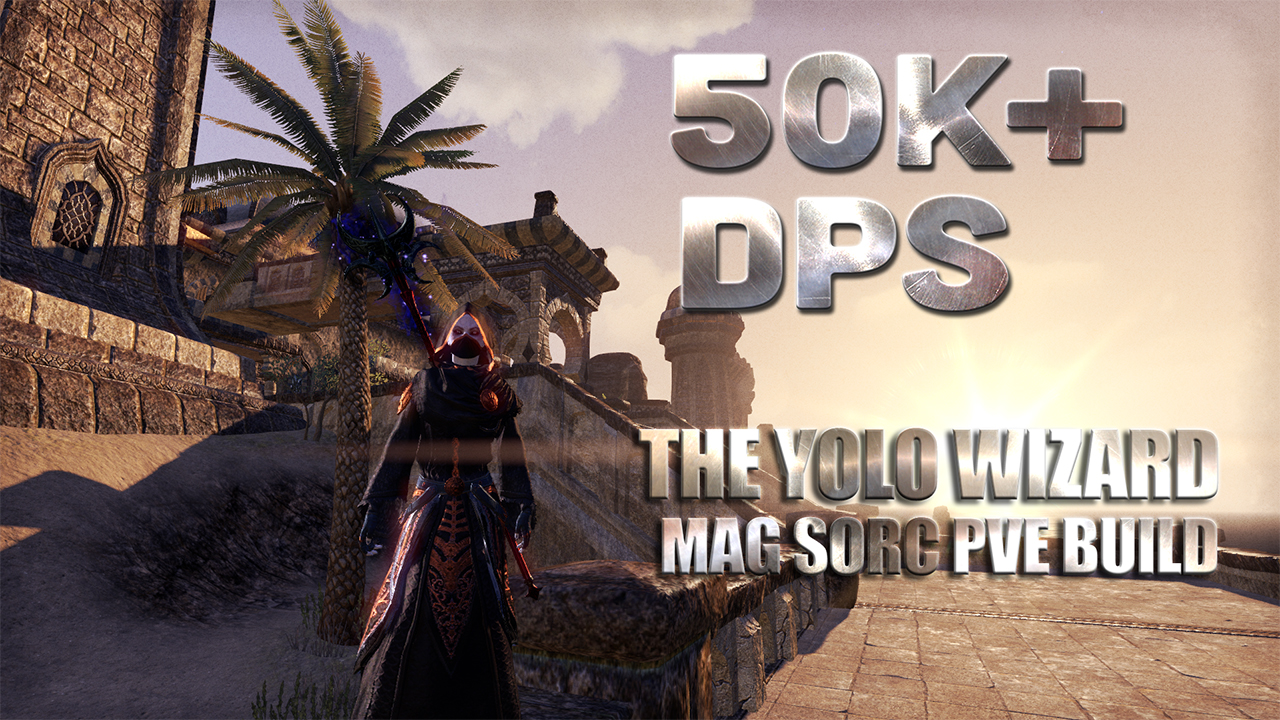 The Magicka Sorcerer continues to outshine when it comes to ranged DPS. The ability to do comparable DPS to other melee damage dealers makes it a must have in any group that intends to do Trials. Very powerful in Dungeons and Arenas including Maelstrom. However, in case you are looking for Maelstrom build, this is not what you are looking for as this build is aimed towards group content with good group resource support. If you wanna make it work in Maelstrom you gotta make your adjustment to it :)

Now that Dark Elf got buffed its probably your best choice as sorcerer, but doesn't mean High Elf is useless now. I even believe they might be both equally powerful.

I have all my 64 attribute points into Magicka. and I barely hit the 17k hp. You might gonna need to invest some points into HP if you lack CP. usually 18k is high enough for end game content as a DD with low amount of CP and 17k hp if you have a decent amount of CP.

The Warrior (depends on what you are doing) 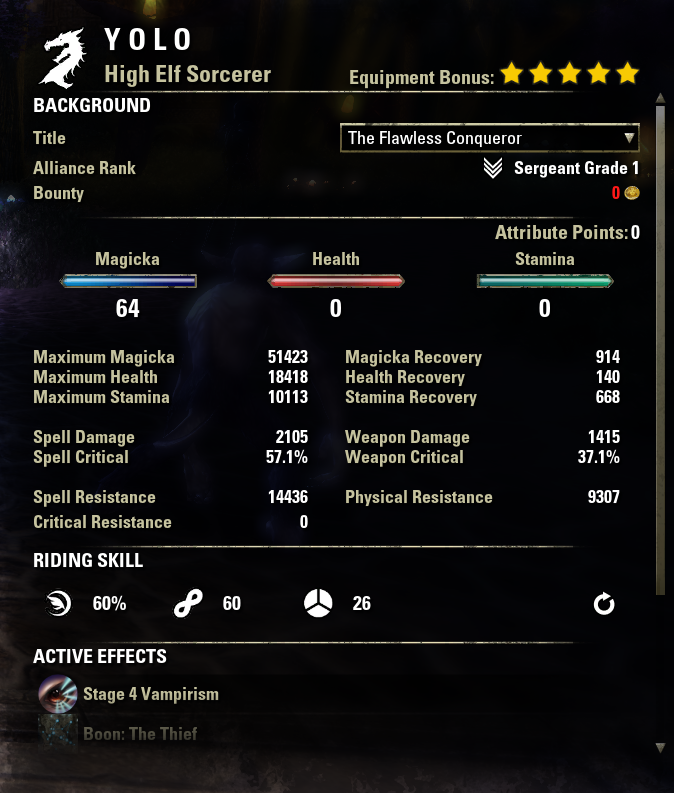 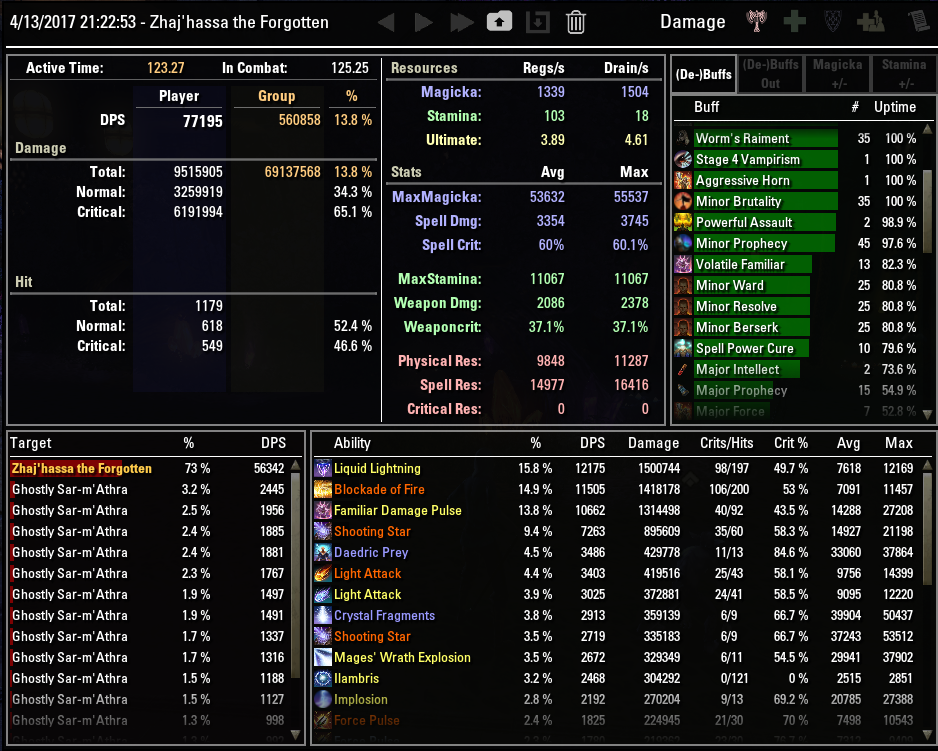 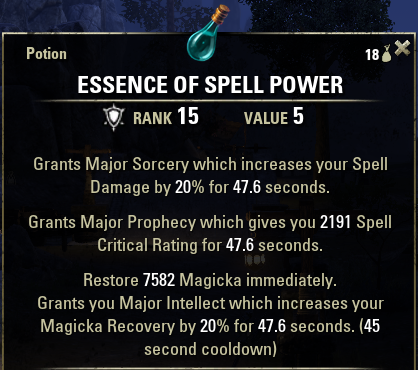 I usually use Essence of Spell Power to buff myself with Major Sorcery which is very important for Damage Dealers, also to restore good amount of magicka back. The crit bonus is invalid because we have inner light which gives the exact same buff. Also make sure to have 3 skill points in Medical Use under Alchemy skill tree to increase the duration of the buff significantly.

Make sure to have 1 piece Heavy and 1 piece medium for benefit from the Undaunted Mettle passive which will increase your max stats by 6%. What you will need is: 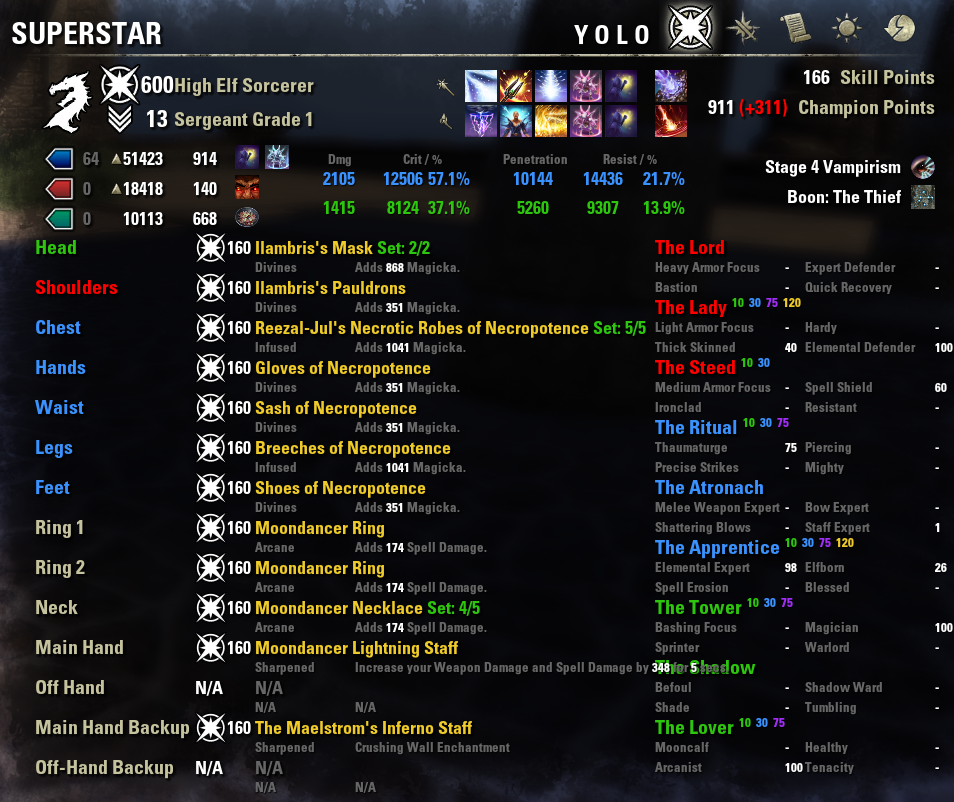 Infero/Lighting all the way on bosses and on trash fights, this is due to the incredible amount of damage our pet can produce. With that our dps from AOE abilities is substantially high therefore Lighting is more beneficial on main bar

Why no more Burning spellweave?

Necroptence outperforms BSW while you have pet running and using Daedric Prey which get boosts pets damage quite ridiculously high in raids. However, we will still need BSW in some fights that is not good for pets.

As for rotation it is as following:

In case you are fighting a boss that spawns more than 2 adds occasionally you can keep your dots up (Blockade and liquid) and heavy attack with lightning staff. The splash damage from it will be enough to deal with them.

This bar setup was inspired by Senaxu, stack as much magicka as possible on main bar. Had pretty good results with it. 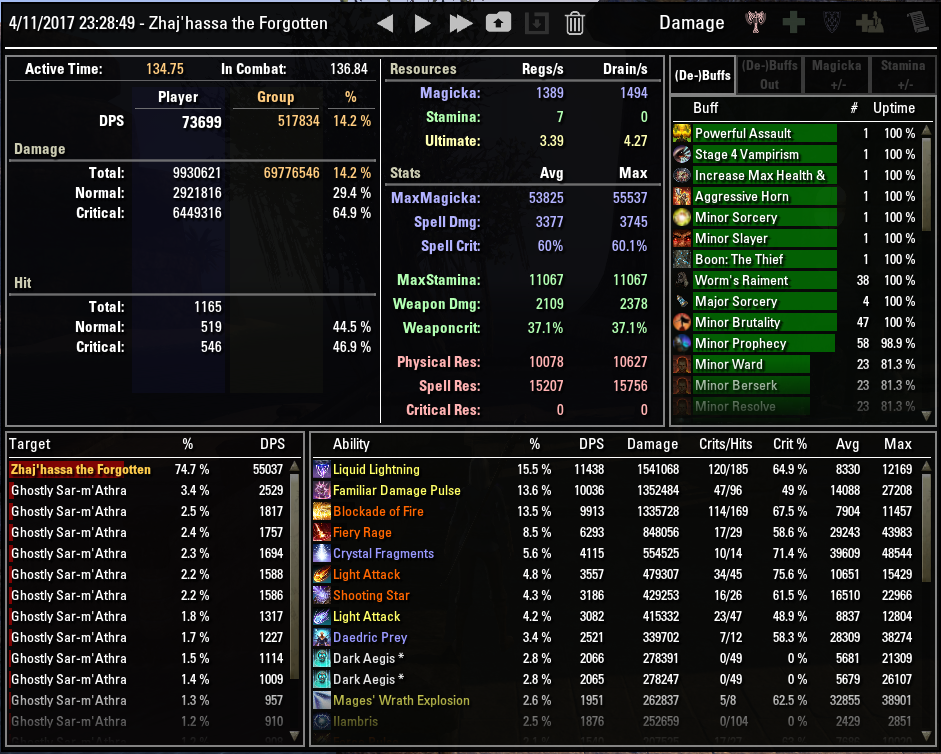 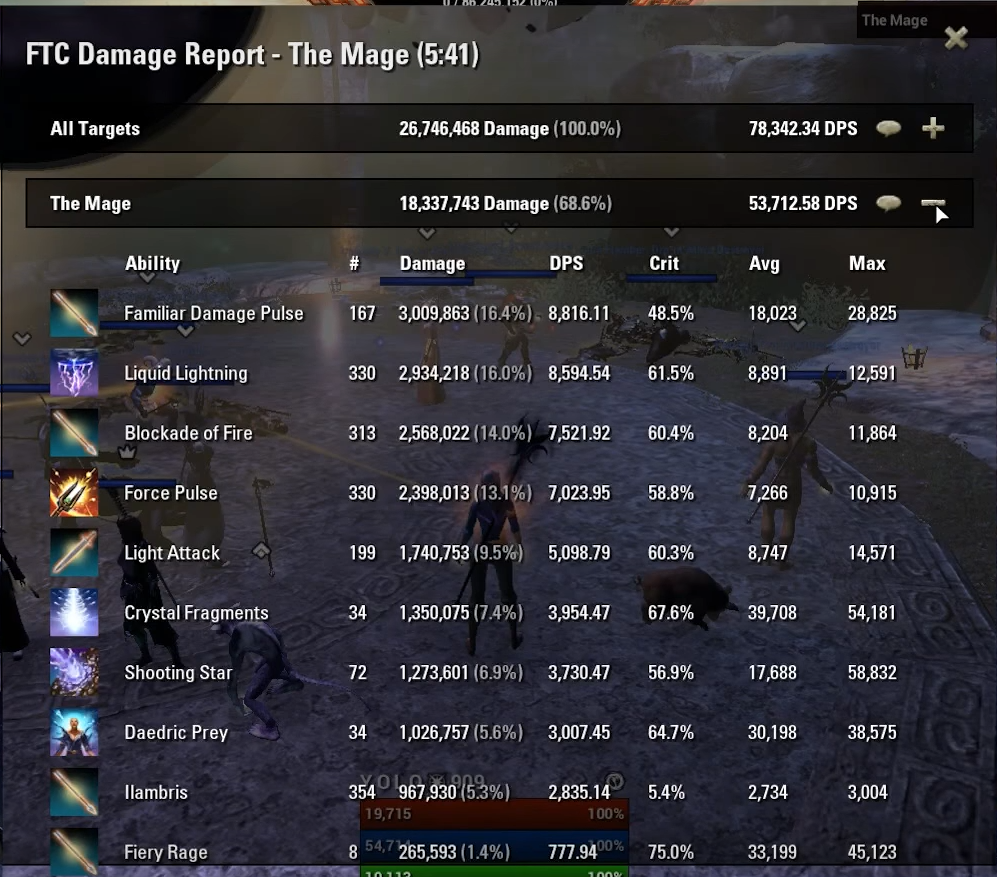 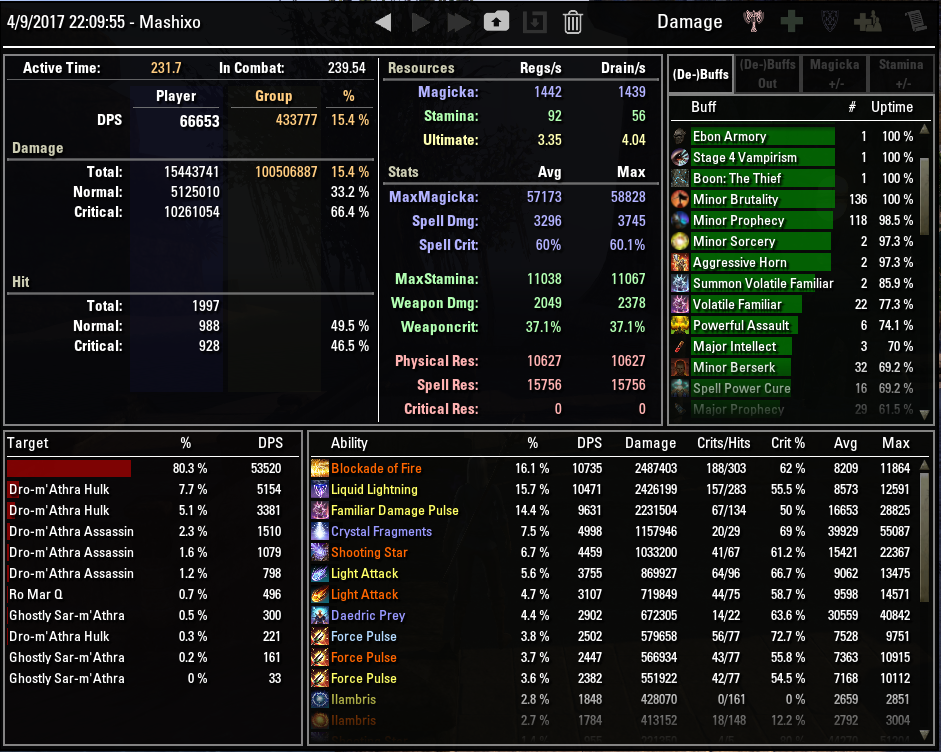 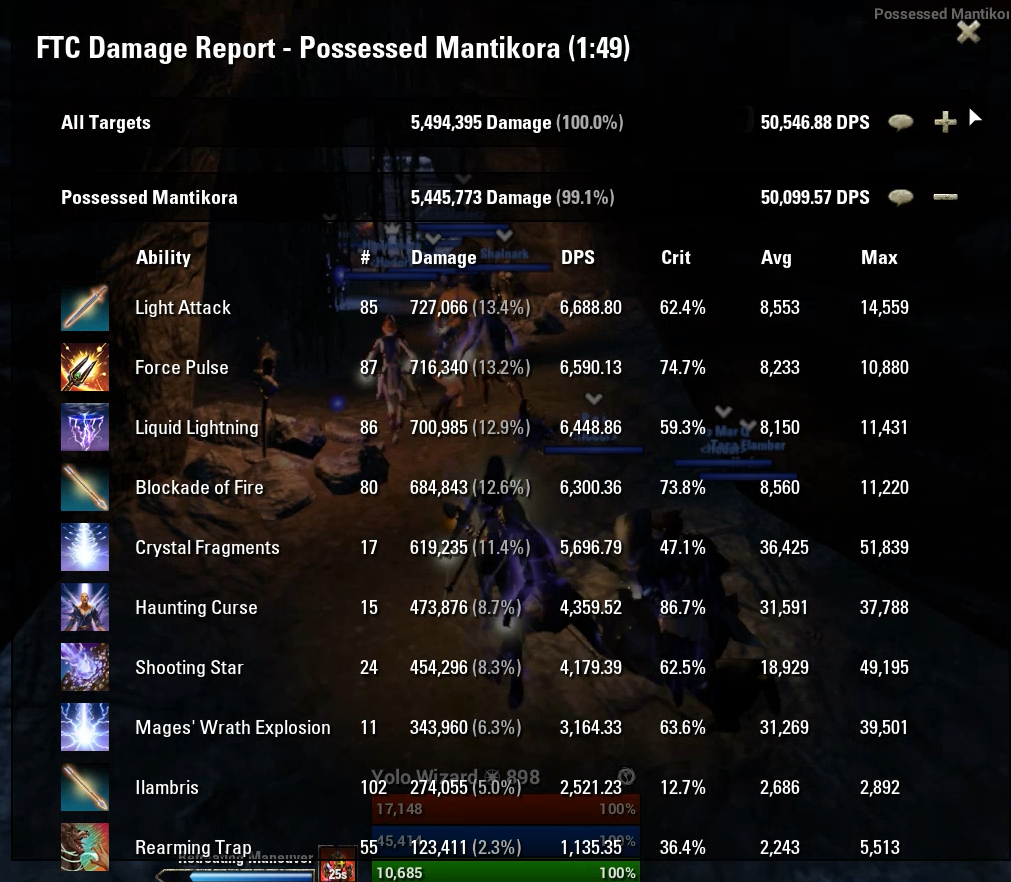